After so much talking about biker boots, it was time to put the biker look into practice. I chose this outfit to go out and celebrate my birthday, a few weeks ago. It wasn’t a crazy biker style party, but hey – you just can’t have everything… ;) 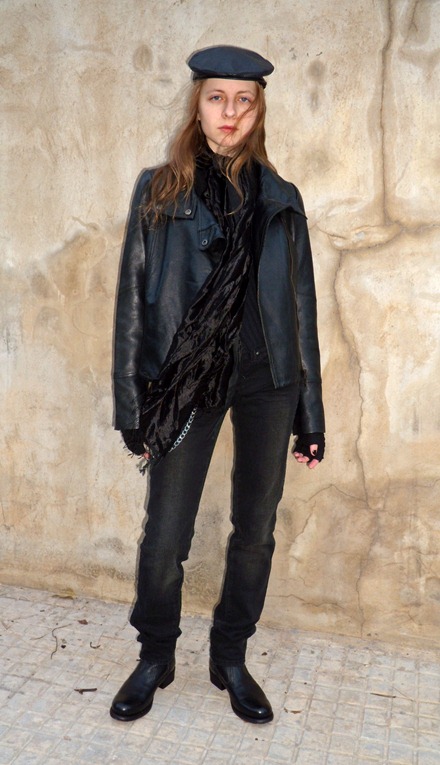 I began with a black second-hand sweater from Humana. I put it on and the first thing that came to my mind was a biker look. I tried to think of something else because I had the feeling I was getting too obsessed with the biker thing already… but I just couldn’t help it. The idea was still there and I had to deal with it… 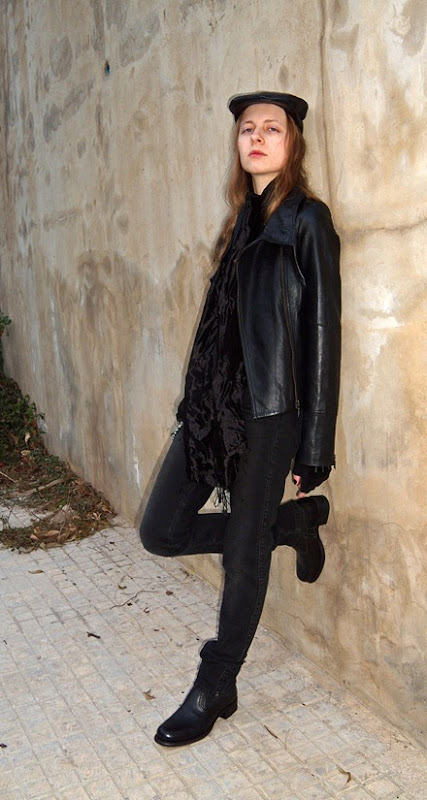 Of course, you won’t be able to fully understand the dimension of my current biker obsession until I tell you a couple of things about Sons Of Anarchy. I discovered this TV-series a few weeks ago, and… hell, man! THAT’S it. This is probably the best thing that’s been aired on TV since the days of Queer As Folk, and it certainly has done a lot to increase my – already huge – interest in the biker world. Watch it, if you have a chance – it’s really worth it! 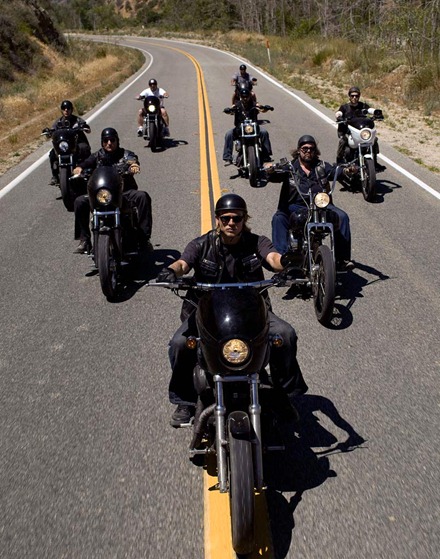 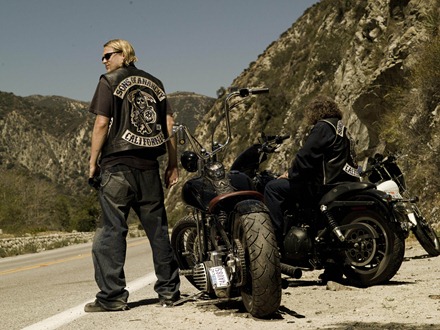 So, now you know this, I think it will be easier for you to understand why I just couldn’t get the biker idea out of my head. The first thing that came to my mind was, naturally, to pick up my (fake) worn-out jeans, my brand new black biker boots and, of course, this second-hand leather biker jacket I still hadn’t had a chance to use. 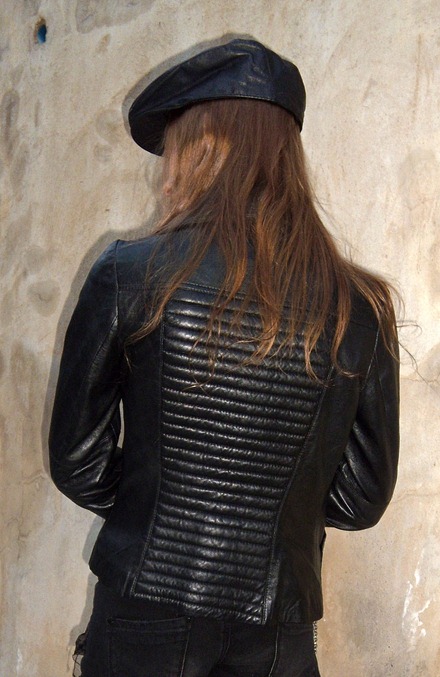 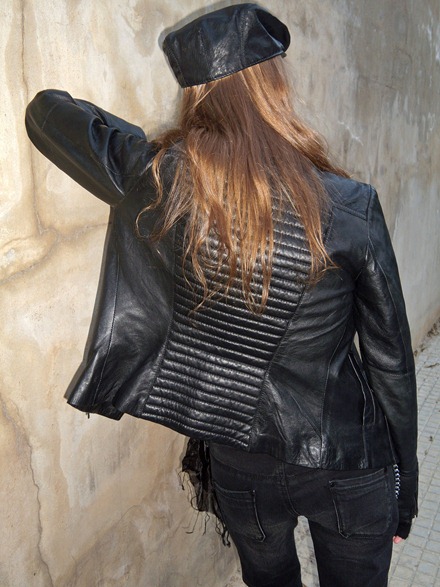 I completed the look with my second-hand leather cap, one of my dog chains and a pair of fingerless gloves. 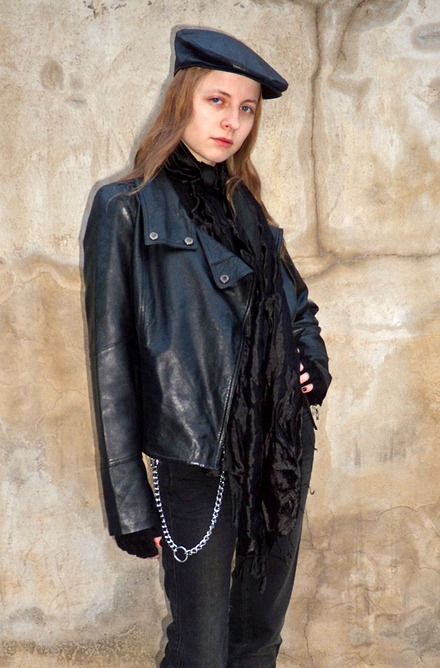 When I saw myself in the mirror, I had the feeling that this was the kind of thing a 40-year-old rocker would wear in his “now I’m mature and sober” phase. It wasn’t a bad concept, for sure, but I still felt something was missing. I’m never this minimalistic! 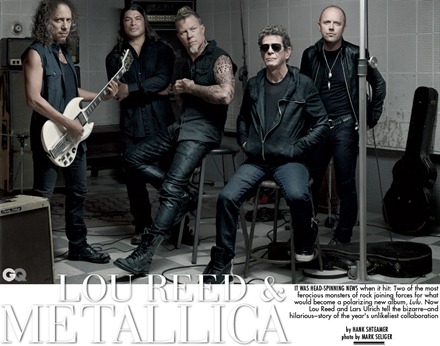 [Metallica (and Lou Reed *ahem*) displaying the wardrobe choices of mature rockers – have you noeticed how KILLER James’ outfit is? :D]

I spent some time thinking about what else I could add to turn that cool look into a Deadly Bite look. Browsing through a magazine, I saw a pic of some Hollywood actress (it could have been Jessica Alba or maybe Cameron Diaz, or someone like that…) in a magazine, in what they called a “biker look”. She was wearing a pair of heavy boots, a leather jacket, some random T-shirt… and she had a scarf wrapped tightly around her neck that looked like a cervical collar. The elements weren’t particularly well combined, and the overall idea… well, there really wasn’t any overall idea. When I saw that, I said to myself: “OK, that’s what I DON’T want to look like”. A scarf definitively wasn’t a valid option. Or that’s what I thought… 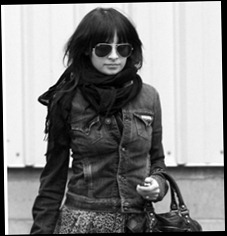 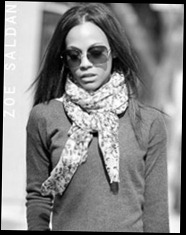 Later that day, I came across this picture of Tom Kaulitz, and the first thing I saw was… yeah: his scarf. He was wearing a scarf as well, and it didn’t look bad at all. So I asked myself: “should I really give the scarf a chance, after all?” 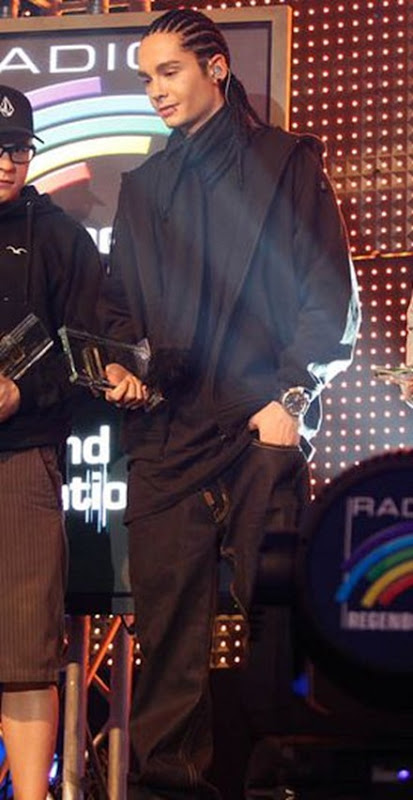 Like so many times, the answer came from Tokyo Fashion. When I saw this look, I understood I just had no choice. If the world wanted me to wear a scarf so badly, I had to give it a try. 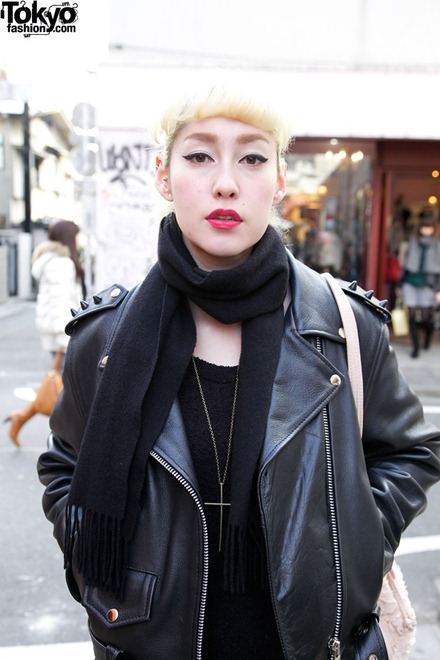 I picked up this particular scarf because it reminded me of another one of Tom’s scarves (it really has a very similar texture). I didn’t like the idea of just wrapping it around my neck in the Hollywood celebrity style, so I tried a few things… and I ended up tying it in a single knot and just letting it hang loose. 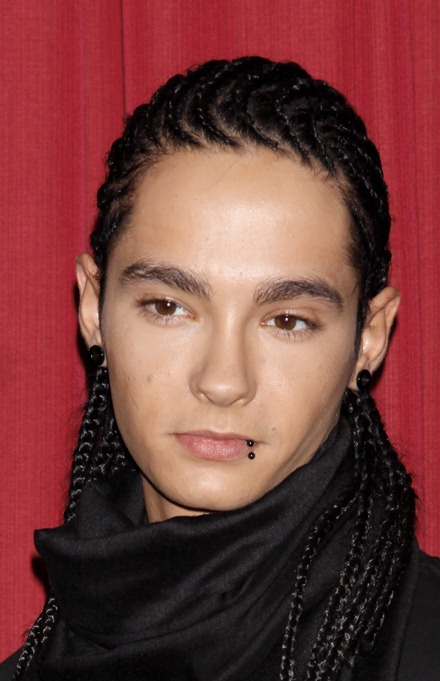 The scarf turned out to be way longer than I remembered, but that wasn’t a problem at all. I love the fact that it almost covers the sweater underneath. This was exactly the exaggerated detail I needed to break the overall sobriety of this outfit. 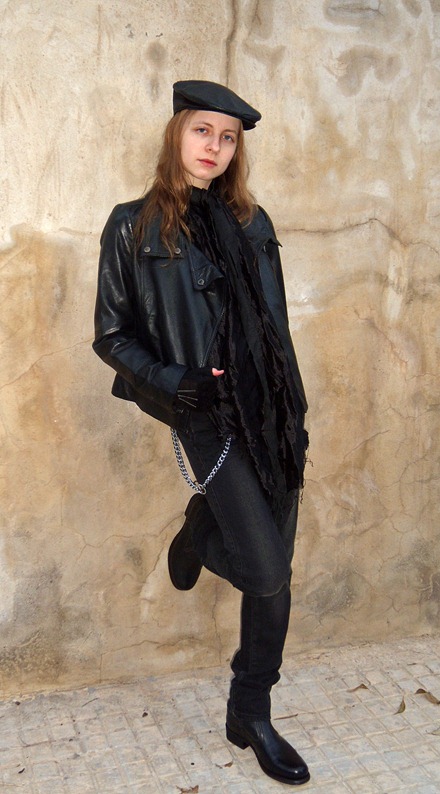 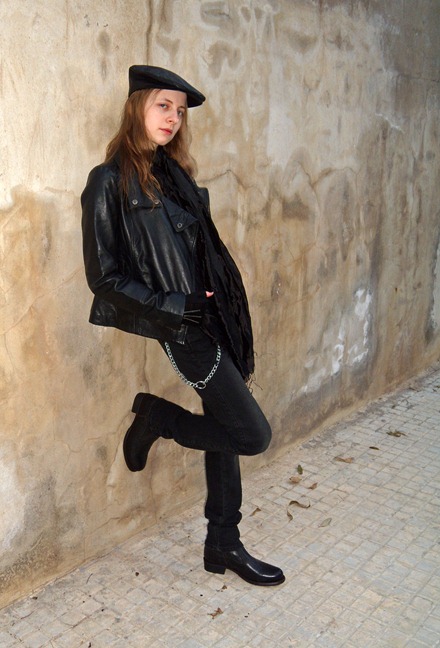 So, this is it. Of course, it wouldn’t be safe to ride a bike with such a long scarf hanging wild… but that will be our little secret ;) 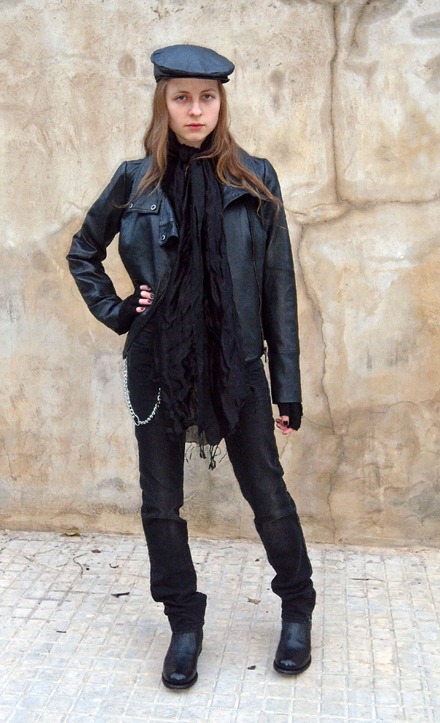