Time goes by so fast! It’s already 2013, and I still haven’t found the time to update my blog! LOL

Anyway, here I am with a brand new outfit I wore back in September. 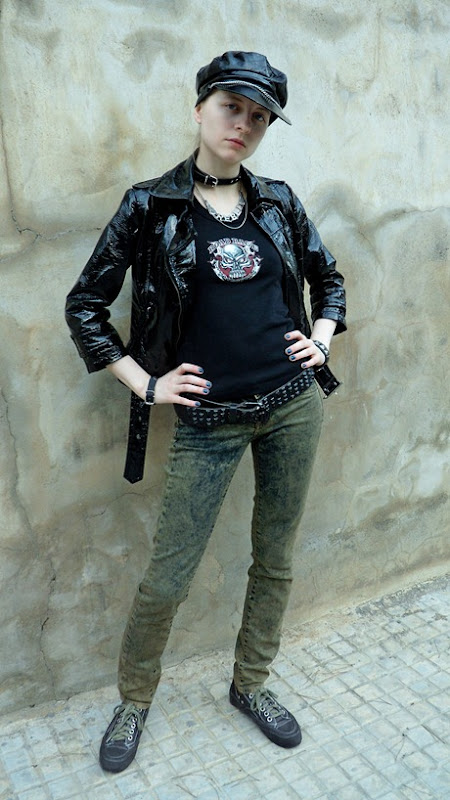 I started this outfit from the Road Rage tank top. This is one of my favourite pieces of clothing EVER. It comes from LSD, and, from what it seems, it’s a piece of official Road Rage Motorcycles merchandise. However, the reason why I love it so much is not because I’m a massive fan of this brand (in fact, I didn’t even know it existed LOL), but because it has the name of one of my songs written on it: Road Rage. When I saw it, I just couldn’t believe it! :D 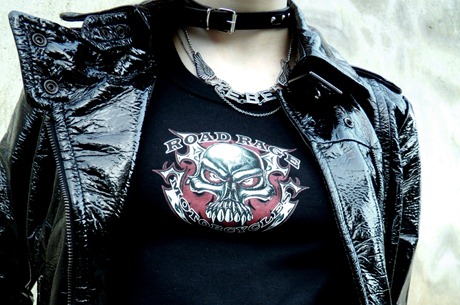 Another reason why I love it so much is because it has a great shape. I don’t wear tank tops a lot because, normally, they don’t look that good on me (they are usually too big for my tiny body LOL), but this one is a wonderful exception. And it has that sporty touch that makes me feel like Sarah Connor (LOL), which is really cool B) 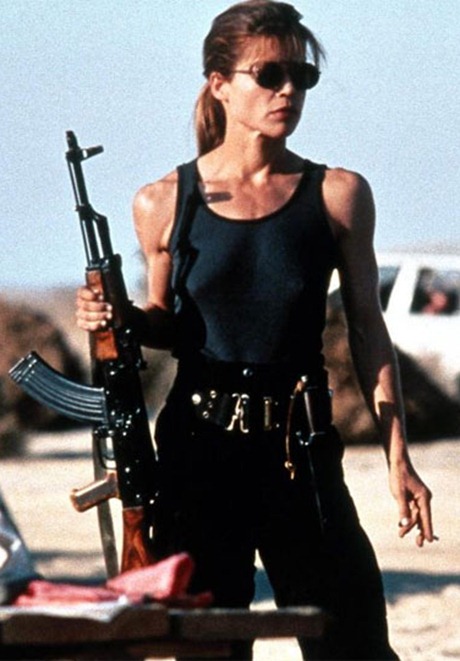 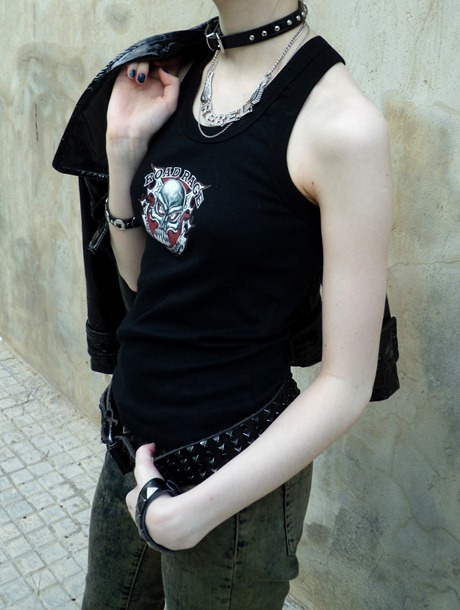 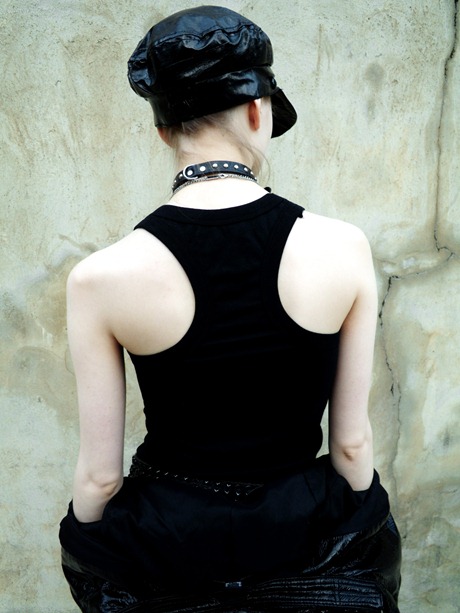 I originally put up this look back in summer 2010. I wanted to create an outfit that could capture the spirit of this amazing tank top, and have some Bill Kaulitz in it too.

Back then, I chose to accompany the tank top with a different pair of jeans (basically, because I didn’t have this one yet) that reminded me of some pants Bill wore back in autumn 2009. They were a darker blue/gray with some sort of pixelated print, pretty much like his. However, the acid wash jeans I wore this time look much dirtier, and they fit me better, since they are actually my size (LOL).

I also wore it with a different pair of trainers for the same reason. Back then, I used my black/gray Roxy trainers, but they were probably a bit too sporty for this look, so, this time, I decided to make a change. 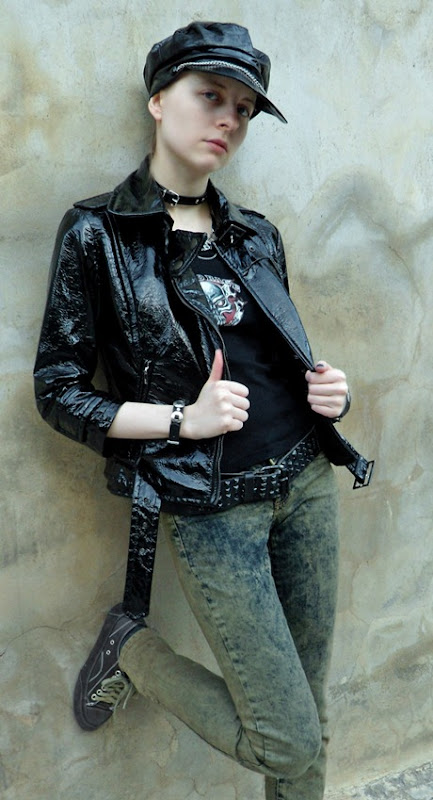 I’ve been using these Alma en Pena trainers a lot in the last year. They have a cool khaki colour that goes with pretty much everything, and they are suitable for all sorts of weather, which is exactly what I need. Of course, the whole look would probably be even more impressive if I had used biker boots instead of trainers… but, man, you have to REALLY love fashion to wear biker boots in September (LMAO). Wearing a vinyl jacket is enough suffering for one single outfit, don’t you think? 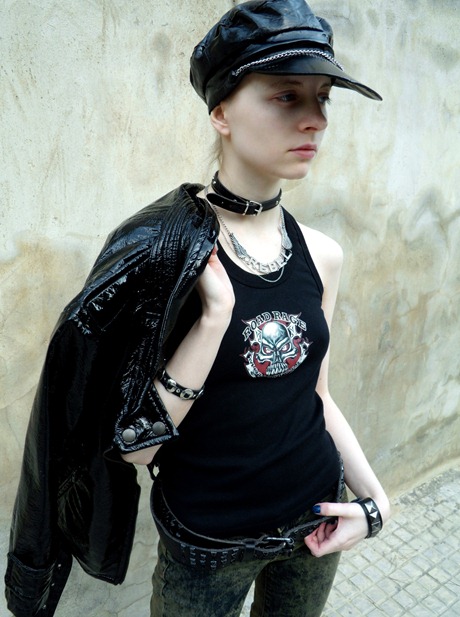 I chose this vinyl jacket mainly because it reminded me of one of the jackets Bill wore in the 2009 GQ photoshoot (I know, I know… I’m a total Bill copycat LOL) – and, of course, because I needed a biker jacket for my biker outfit. I especially loved the fact that it had those ¾ sleeves Bill loved to wear so much, back in the time when he still wore clothes *ahem* Of course, a vinyl jacket is not a piece of clothing you use for comfort: it’s either too hot or not warm enough – there’s no middle point –, so, in the end, you just end up covered in cold sweat (LOL). It’s not really suitable for any weather, but it looks cool all year B) 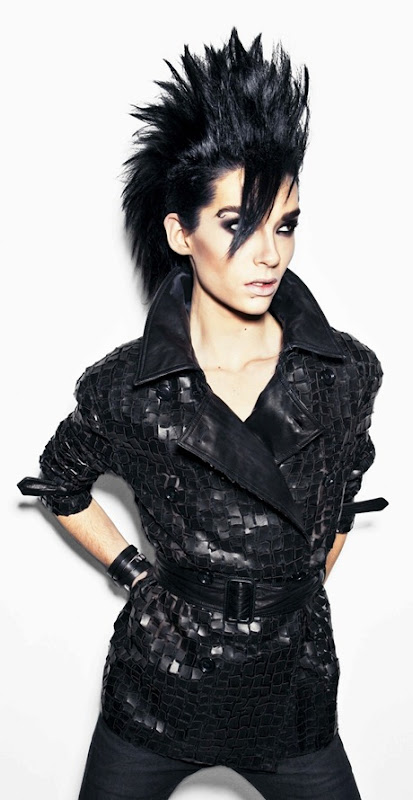 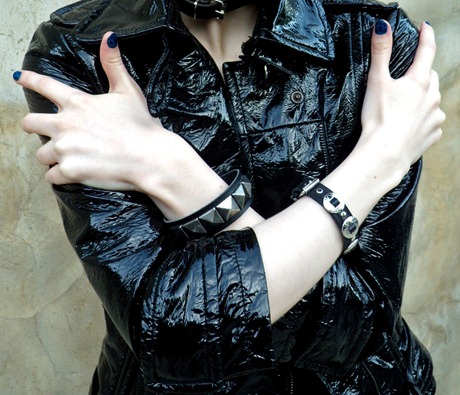 Vinyl calls vinyl, so, of course, I had to complete the look with a vinyl cap.

I got this cap around 2006 at Menkes – a famous Carnival/stage costume shop in Barcelona. I was there with the rest of the girls in my ballet class, getting some measurements done for our end of term performance costumes, and, when I saw this cap in one of the corridors, I just couldn’t let go. It’s obviously not intended for streetwear… but hey, you already know me ;) 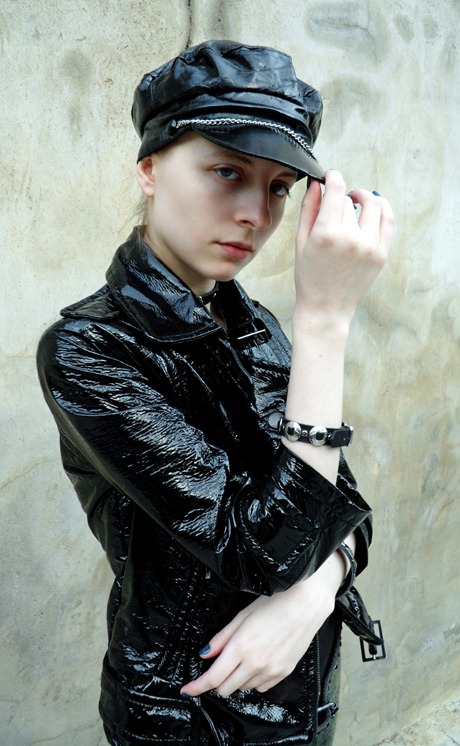 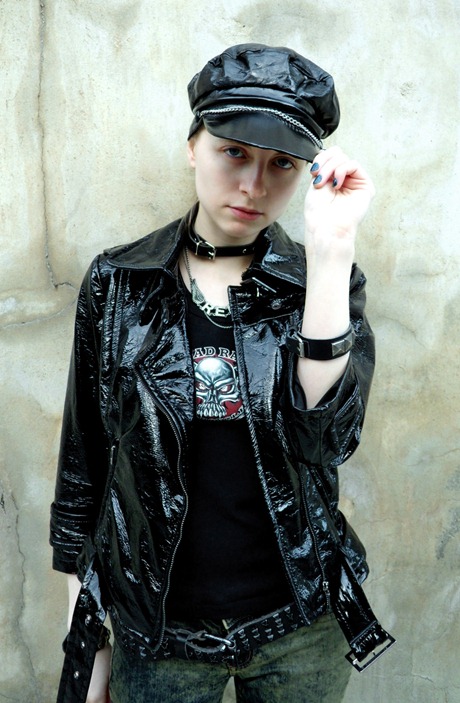 The rebel necklace was also an essential part of this outfit (do I even have to say why?). I paired it with my classic leather dog collar in order to get my neck loaded with stuff, like I always do.

Originally, I used really few accessories – I think I only wore my sheriff star bracelet, aside from the two necklaces, of course –, but I decided to accessorize it more heavily this time. I got a studded leather bracelet on my other arm as well, and I added the belt because I felt that the outfit lacked some substance in the middle section. I wanted to place something there that could stand out on its own, and this studded belt from Mango turned out to be perfect for that. 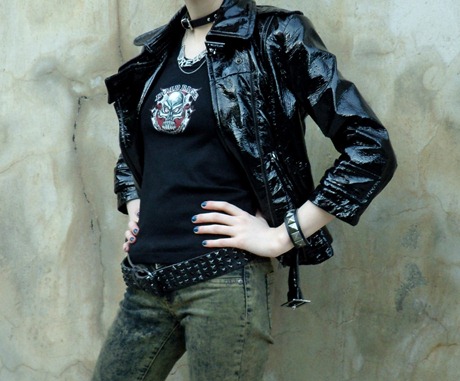 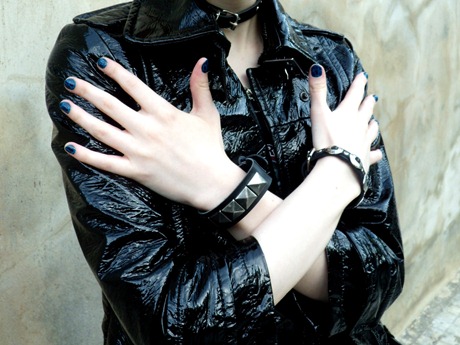 This outfit looks like something you’d expect to see in a gay club (LOL)… which is probably where Rob Halford and Freddie Mercury got inspired to wear leather caps and biker jackets on stage in the late 70s  – forever turning this into the ultimate rock’n’roll aesthetic ;) 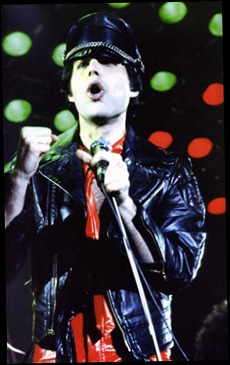 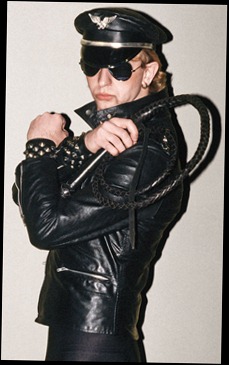 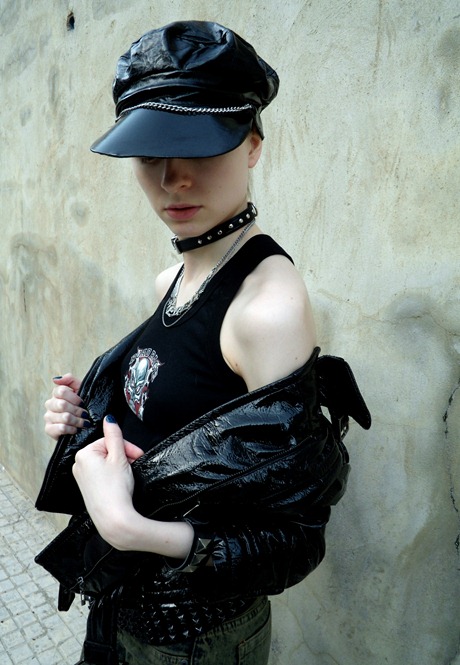 The funny thing is that there was a gay club for leather lovers near my house when I was a kid (in fact, there was quite a bit of gay activity around my neighbourhood…) called “Eagle”. It was a very discrete place – they didn’t even have a sign out when they were not open –, but I remember seeing some of those manly men wearing leather pants every once in a while. I didn’t even know what the whole thing was about, but I thought it was amazing LOL 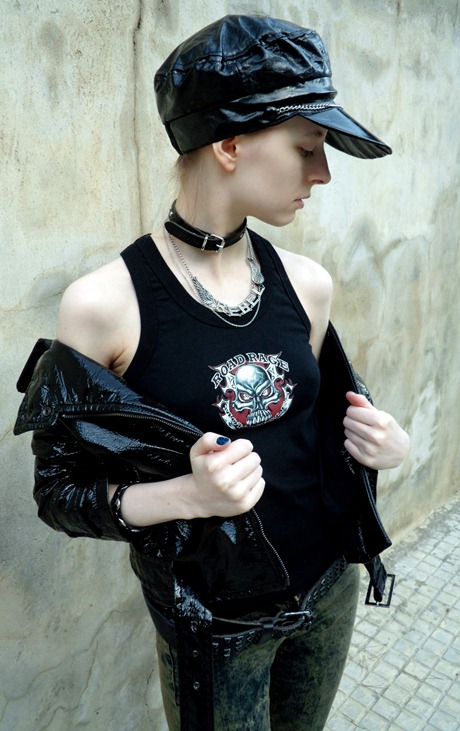 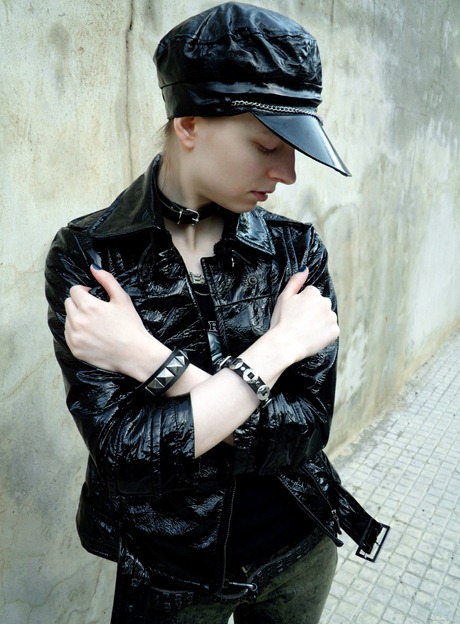 I think, deep inside, those guys are still a big inspiration for me :D 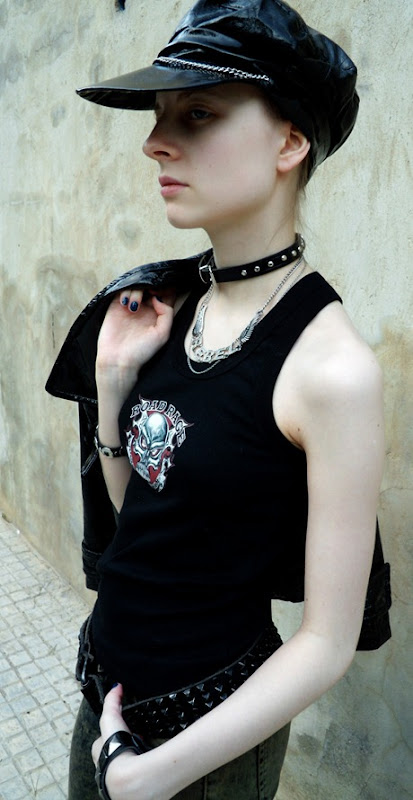 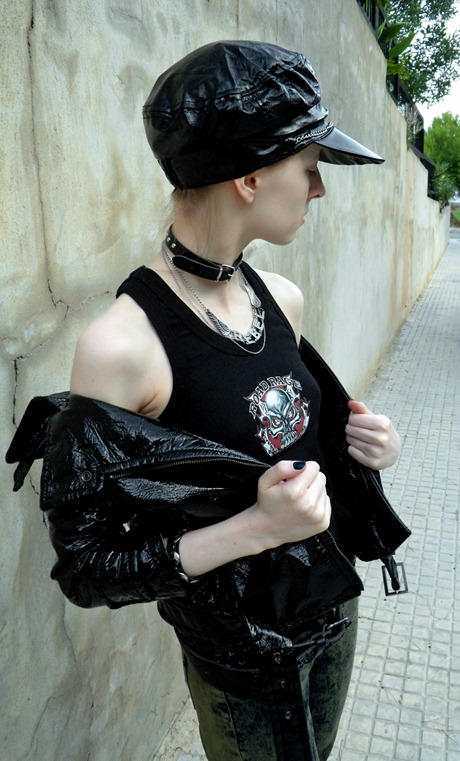 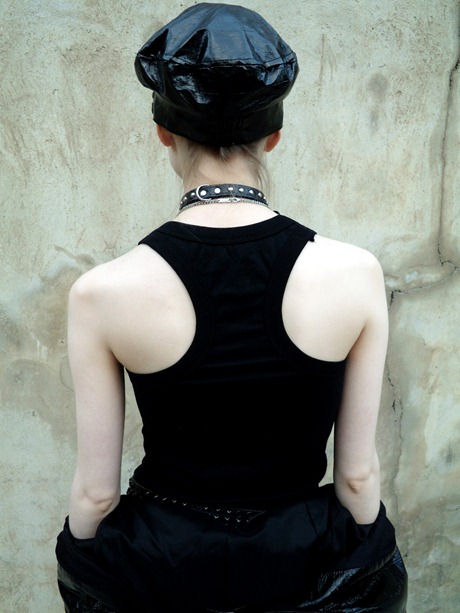 PS. I did my nail art with Basic turquoise and Opi Black Shatter nail polish. Looks cool, doesn’t it? ^^ 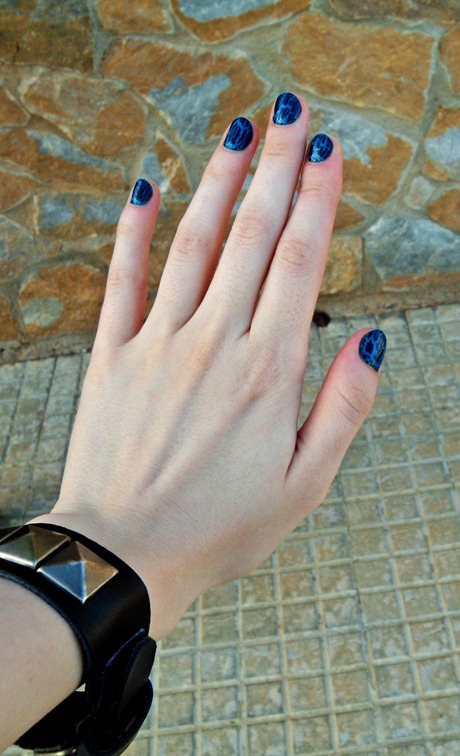 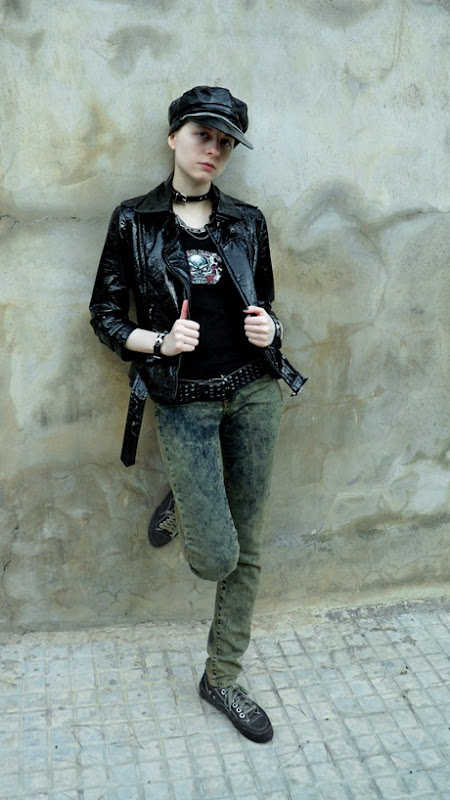