Here I bring you another one of my dandy looks.

This photoshoot is a bit of a classic already, so it might be familiar to those of you who have known me for a while ;) 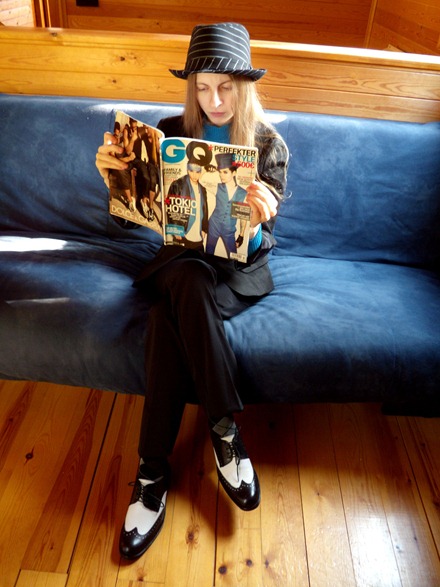 I conceived it as a response to the legendary phooshoot Bill and Tom Kaulitz did for the German GQ in February 2010. I found it quite funny that Bill and Tom were doing these dandy looks (something quite unusual for them at that time). I had been into that style for years, so I liked the idea of adding myself to their (fantastic) cover, like some kind of third character and feel like I was invited to the party as well (LOL). I love playing with the concept of “the picture within the picture”, and magazine covers always offer huge possibilities for this kind of experiments.

I have to say that this outfit was created exclusively for this photoshoot, so I’ve never used it in real life :P 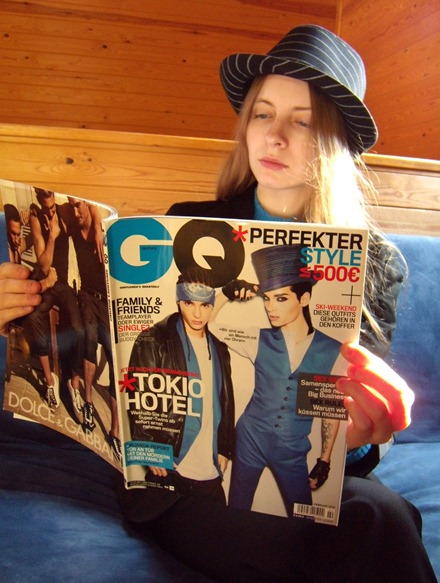 The starting concept for the look was, of course, electric blue. I don’t have an electric blue suit myself (it’s not the kind of thing you usually find among your basic wardrobe! LOL) but I knew I had this old turtleneck that matched the colours on the cover perfectly, so, instead of creating a copy, I decided to turn Bill’s outfit inside out. He’s wearing a blue suit with a white T-shirt and little black details. I’m wearing a black suit with a blue turtleneck and small details in white. It might not sound that obvious when explained like this, but it makes perfect sense in my mind (LOL).

The rest was quite easy. I’d had those trousers for years, but I had never found them a proper use. The blazer was new and I had never worn it either, so it was great getting to use them both. You don’t get chances to wear such elegant looks very often in your everyday life ;) 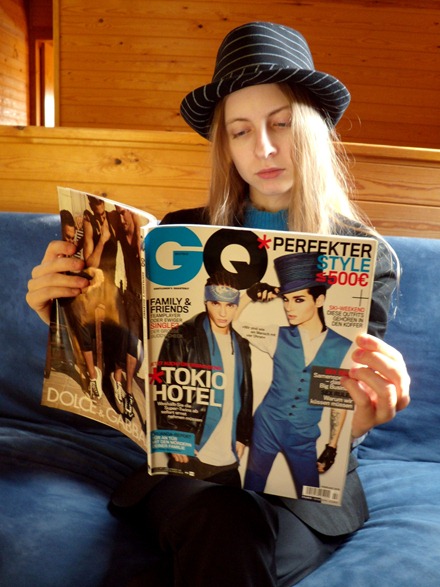 These shoes are a bit of a jewel in my collection. I purchased them at an outlet, and they were quite expensive still. I don’t usually buy things in this price range, but the quality and the design are so exquisite it was definitively worth it. I was really lucky, because they only had one pair and it was my size. Of course, I’ve never found a chance to wear them (you can only wear those to red carpets! LOL), because just putting them on to walk on the street would be such a waste!

As you might already suspect, I don’t have an electric blue top hat (even though I’d kill for it LOL) either, so I had to improvise. I put on one of my favourite gangster hats, and it worked. This wasn’t intended to be a recreation, after all, and my striped hat adds some 1940s feel I find really funny :P

Not bad for an improvised dandy reunion, right? ;) 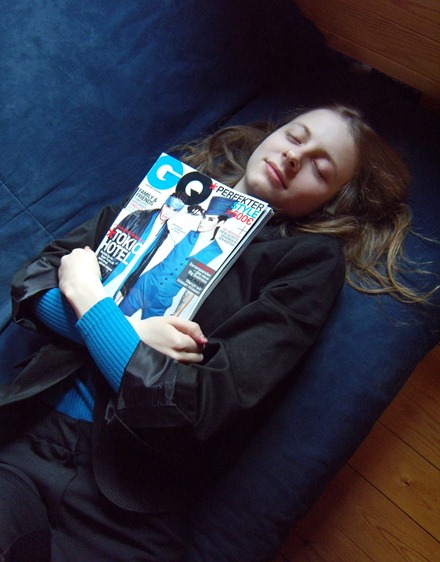 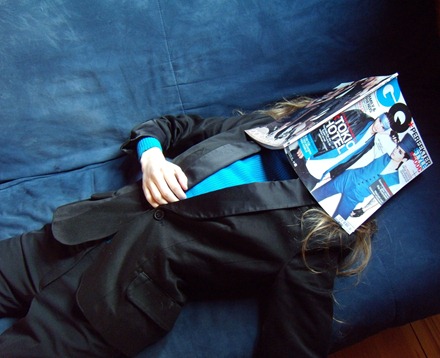 [This is one of my favourite pics ever. It has some delicious Magritte-like creepiness (LOL), and it’s also quite an accurate depiction of my usual state of mind ^^’]