I haven’t dressed like this for a while, and I have to say my inner dandy feels glad to be back! 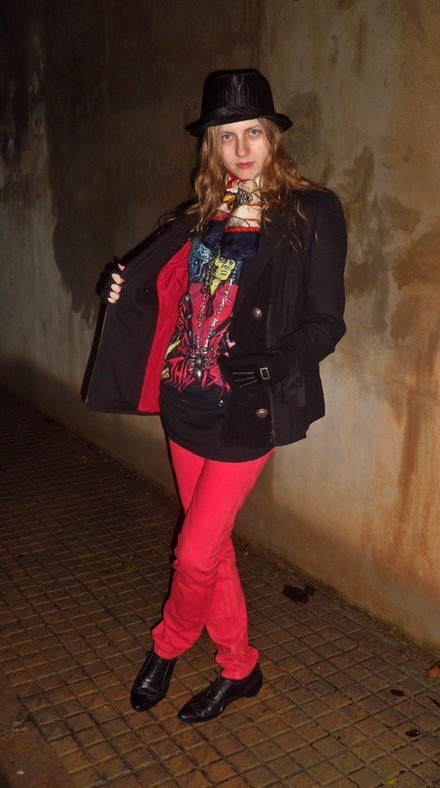 This time I built the whole outfit around the Michael Jackson T-shirt (I have to admit it was much easier than building an outfit around a pair of trainers LOL). This is quite a curious piece, really. For some reason, it has the text “MICHAEL JACKSON’S THIS IS IT” printed on it, even though the (brilliant) comic-style artwork is obviously based on Thriller. I don’t know if this mismatch (?) responds to a deeper artistic purpose, but I find that detail really funny. 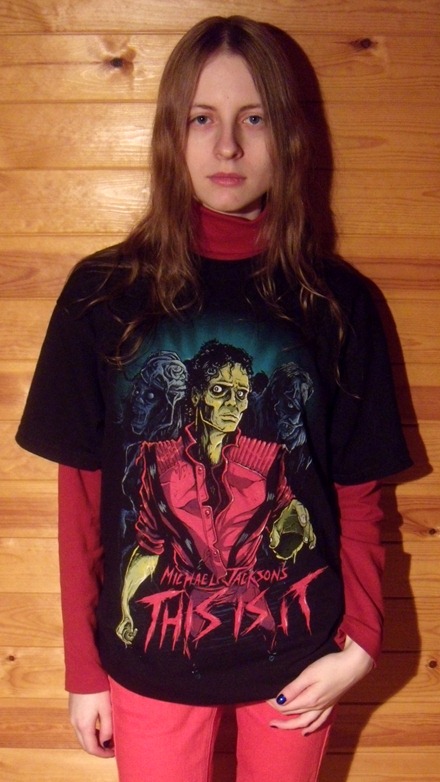 (Before we start talking about Thriller, you have to see this. I swear the word “Thriller” will never ever mean the same to you again… or at least that’s what happened to me.)

Of course, going for a Thriller kind of look would have been the obvious thing to do, but you know I don’t enjoy being predictable, so I dismissed that idea almost immediately – besides, there’ve been so many recreations of Michael Jackson’s iconic looks ever since he died, it’s almost become a cliché.

(In case some of you still haven’t seen the original Thriller, you can do it now!)

So, how do you get a Thriller-themed look that’s not based on just copying the obvious aspects? That’s pretty easy: go straight to the root.

When we talk about Thriller, we’re talking about zombies. And where do zombies come from? That’s it: Voodoo!

Thinking about Voodoo and zombies, I transported myself to quite a different stylistic place, much more similar to Zucchero’s Baila (best Voodoo-themed pop video ever LOL) than to the actual Thriller.

The incredible part is that this T-shirt was actually made in Haiti, so it’s a REAL Voodoo T-shirt (no joking!). 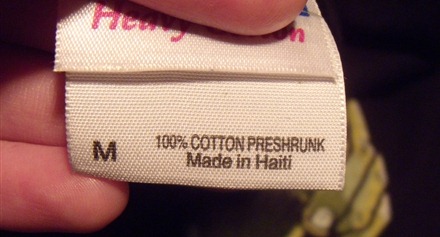 So, instead of focusing on Michael’s slightly futuristic city kid, I decided to turn myself into some kind of southern old-fashioned dandy. It’s not the first time I do this kind of looks, so getting in character wasn’t too hard – all I ever have to do is think about New Orleans and Load era Kirk Hammett, and everything else comes on its own.

The way I see it, the key to creating a convincing look in this fashion is remembering you have to be a dandy, but you also have to be a gangster: you have to be really well-dressed in an old-fashioned manner, but without forgetting to add deliberately shrill elements, in order to remind people you can’t really be trusted ;) 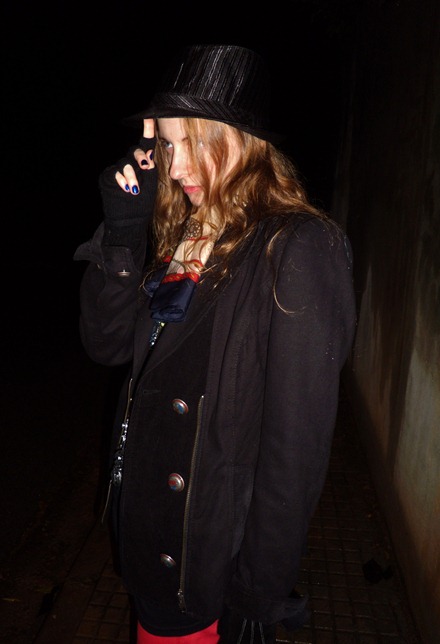 The pointy gangster shoes strongly remind me of the ones Bill Kaulitz was wearing last december, during Tokio Hotel’s Harajuku street photoshoot for the Japanese InRock magazine (too many huge words in the same sentence, I guess LOL). I’ve had mine since 2007 (right in the height of my Marilyn-Manson-driven dandy phase), so they can’t exactly be considered Bill-inspired, but when I put them on with the tight jeans, I couldn’t keep myself from thinking about those pics, and that subtle connection made me smile :) 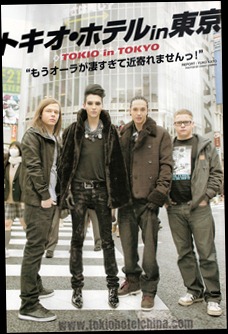 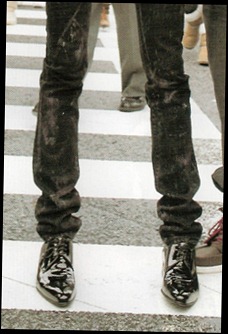 I had quite a hard time trying to find the right scarf, until I came across this unbelievable vintage Salvatore Ferragamo piece. I didn’t even know we had that at home (well, maybe I knew, but I didn’t remember about it in that moment LOL)! In fact, I didn’t even know it when I picked it up. I just tried it on, and it immediately added a perfect (and subtle) Italian gangster touch to my outfit ;) 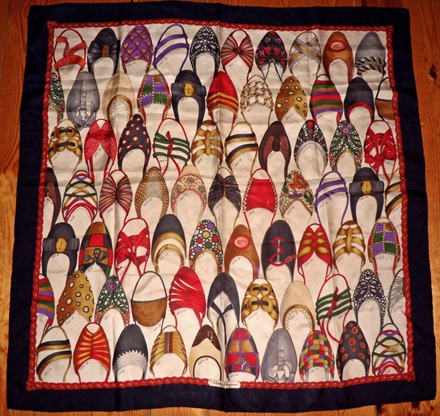 However, I had the feeling I still needed to add some evil details (this is a Voodoo dandy, after all!), so I put on my brand new silver plastic spider (you might remember it from my previous post). I told you I would find a use for it, and there you go! I wasn’t sure about what the result would be at first, but I love how the collar complements the T-shirt – it looks like they were just meant to be together! 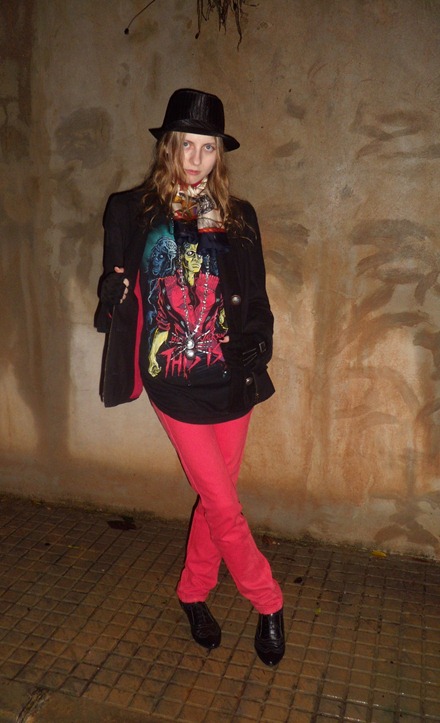 And about the fingerless gloves… Well, I always say that, if worn right, fingerless gloves are the thing that can make any outfit look mean. I’ve got black magic on my fingertips, babes. BE afraid ;) 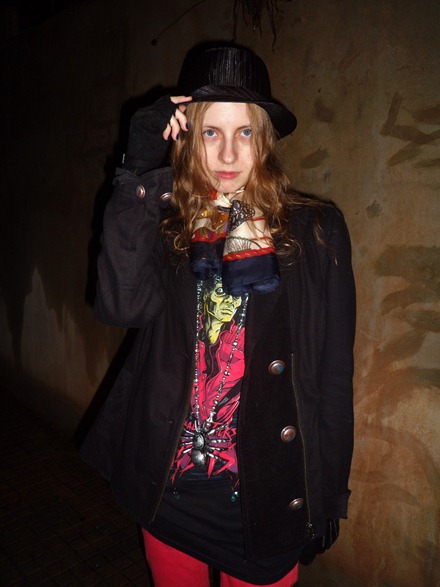