Barcelona has been holding its annual Manga Fair (also known as “Salón del Manga”, for Spanish speakers) these days, and, even though I haven’t had the chance to visit it myself (it’s always too crowded, anyway *snob-mode-on*, and staying at home prevents me from spending indecent amounts of money on Dir En Grey CDs – LOL), I was nicely surprised to see – and hear – that the otaku craze seems to get bigger every year. We’re getting more and better cosplayers (I include people who recreate the styles of the Japanese urban tribes in this category), and that’s definitively something to celebrate!

Even though I’ve never been much of a cosplayer myself, I certainly have a bunch of fantasy outfits that can be considered anime-inspired in one way or another.

Note that I was 14, 15 and 16 respectively when these pics were taken, and, in case you’re wondering, yes: I did go to school like that! 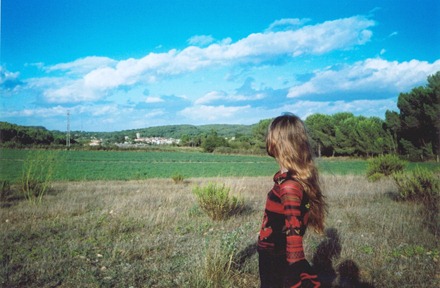 This was probably one of my first creative outfits… EVER!

The Save The Queen! blouse has been a very special piece in my wardrobe for years (it’s one of the few expensive things I have). It is so special I hardly wear it these days because I never seem to find the right occasion, but it was brand new at that time and I was dying to use it, so I didn’t miss a chance. I was a die-hard Queen fan back in those days (not that I’m not a fan now… LOL), so the fact that this blouse had the word QUEEN printed on it really meant the world to me :P

The skirt is a unique custom vintage piece that’s been around home since the early 90s (now that sounds impressive! LOL). I used to wear it a lot in my early teens because I loved the extreme freedom of movement it allowed me, and, of course, because I thought it was really cool!

I didn’t have any specific concept or inspiration for outfit, but I was heavily influenced by the aesthetics of the Revolutionary Girl Utena anime around that time (I’m still influenced by them now! LOL), with those prince suits, the ultra-long hair and the infinite dresses flowing in the wind… Of course, there was also the huge issue of gender ambiguity, but I was too young to understand that back then :P

Oh, and don’t forget about the roses! I think this outfit would definitively pass the Revolutionary Girl Utena test. 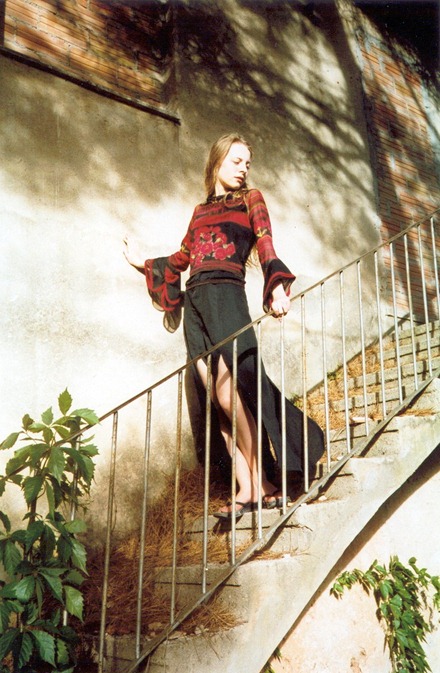 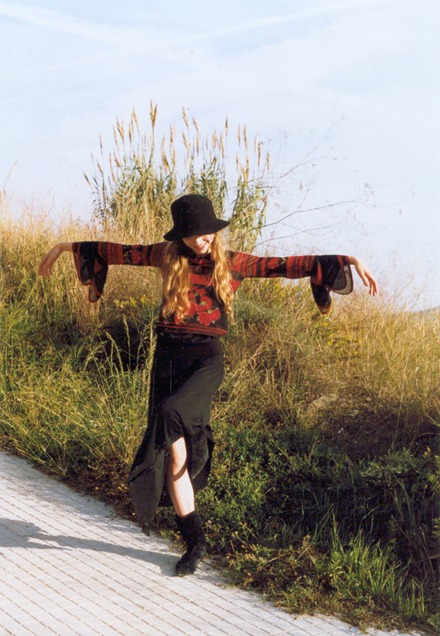 This outfit has some scarecrow/Freddie Krueger feel to it – that’s probably why I’ve always called it “Sandman” (obvious reference to the Metallica song).

Once again, I’m wearing red and black (no need to ask what my favourite colour combination is LOL). I’m also wearing the Save The Queen! blouse from the previous outfit and the zipper skirt and medieval boots from my Goth For One Day! look.

Even though this outfit wasn’t inspired by any particular work, it’s certainly not hard to imagine something like this on a manga/anime character :P 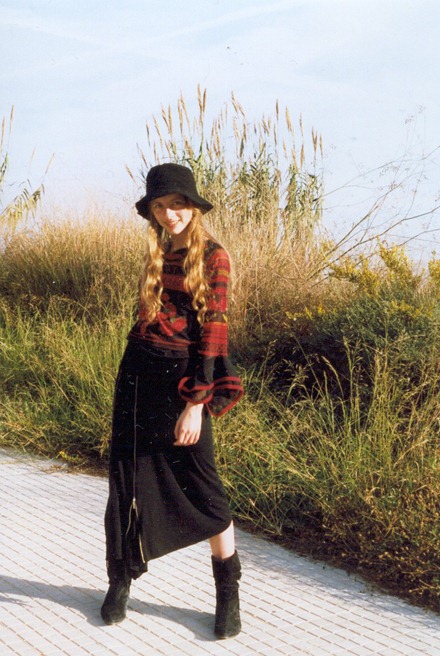 This is one of my favourite fantasy looks ever. I call it “Fairy” because it really has some Renaissance edge – the kind of thing we usually associate with fairy costumes (LOL).

The fact that I came up with something so structurally challenging still surprises me. It happened quite unintentionally, really, and I owe everything to the wonderful multi-zipper Mango jacket (I think it belongs to the same collection as the pieces mentioned in my Goth For One Day! post). It has five completely independent and functional zippers that allow all sorts of crazy combinations. It’s not one of Rad Hourani’s multi-functional jackets, but it’s still cool, and the result looks quite awesome ^^

The red dress that peeks from underneath is quite a curious vintage piece. It was a gift from an old classmate (it’s a pretty strange story, now that I think about it). For what she told me, it was hand-made by her mother, but I can’t be sure. However, what’s really interesting about this dress (aside from its texture and pattern) is that the skirt is actually square, so it has a really unusual shape when worn.

The short skirt is also a valuable vintage piece from the early 90s. It looks like a tutu, which makes it extremely useful for this kind of theatrical fantasy outfits.

You should have seen me dressed up like that while sitting in a classroom! But don’t worry, my classmates were used ;) 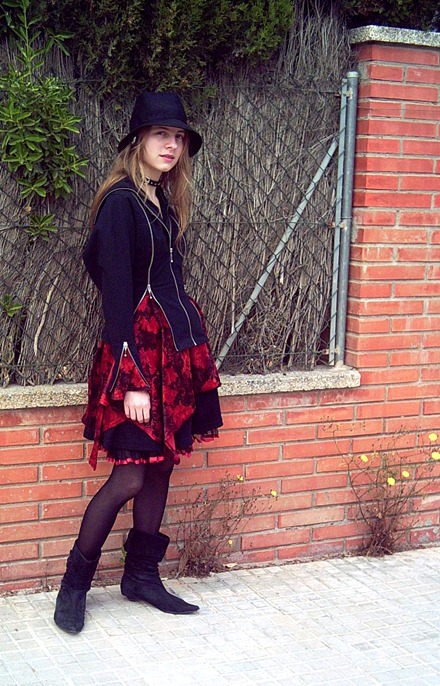